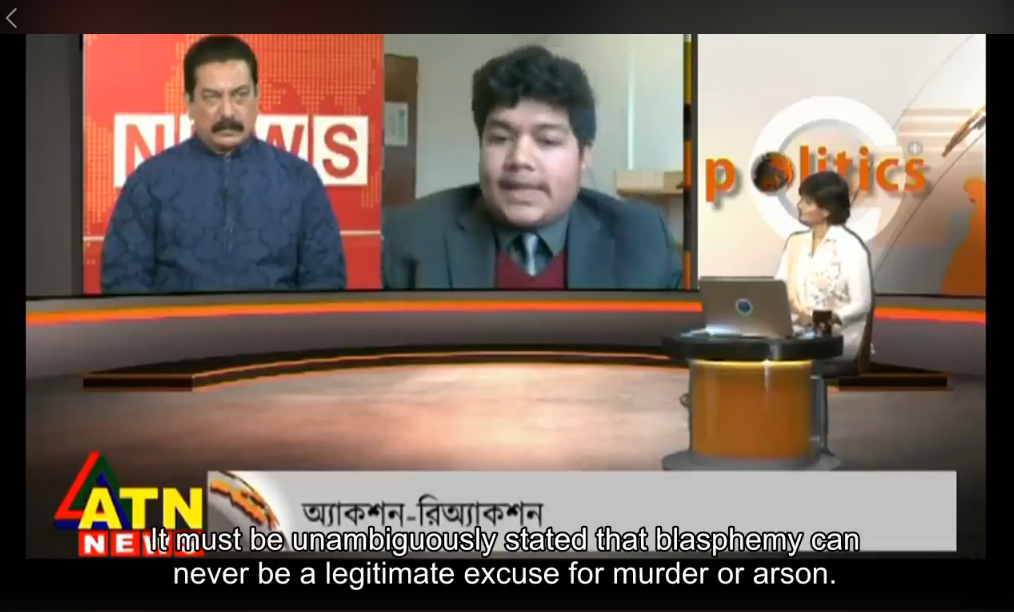 I am going to keep it short.
First of all, let me clarify that I didn’t mean that looting was the primary motive of the attacks.There are other dimensions to these attacks that need to be examined. It’s a mistake to resign these to oversimplifying brands like “terrorism” or “isolated incidents”.
We must examine further. We must examine what kind of power imbalances are being generated in the localities that are making these people think that they need to demonstrate their power.
We must examine if the perpetrators of these violent actions have political connections that they believe that they can get away with their crime.
We must examine if there is an ethos building up among people that any response to blasphemy is legitimate, including violent ones.
We need to find out if our public officials are strongly communicating that we condemn sectarian violence as much as we condemn terrorism.
I have repeatedly heard today that this violent incident is being branded as terrorism.
Even though that is misleading, we must use this opportunity to make it clear that communal attack based on complaints of blasphemy is as criminal as terrorism.
This must be stated unambiguously, boldly and repeatedly: blasphemy can never be a legitimate excuse for murder or arson.
It must be stated clearly on the local level and the national level.
Not long ago, the public officials openly said that the government cannot take liability for people who commit blasphemy.
That sort of rhetoric must be avoided.
The government must be liable for all of the citizens. If someone incites violence, the state must protect them and prosecute them through due process itself. If someone commits crime against the criminal, the government must prosecute that crime as well.
The Government must not say that it won’t be liable for a certain group because that creates a space for non-state actors to come in as vigilantes and unfortunate incidents like Ramu, Nasirnagar and Rangpur take place.
The Government must be a the Government of all and uphold the dignity of democratic institutions.
That is all that we want.

This site uses Akismet to reduce spam. Learn how your comment data is processed.

This is “Pages” Sidebar

Scroll back to top